WINOOSKI – Several area churches have teamed up in a new campaign to get a more diverse crowd through their doors. The pastors have started community Dungeons and Dragons (D&D) nights, during which they will use the popular role-playing game as a tool for teaching participants about their faith.

“The first thing you need to understand,” says Reverend Nat Twenny, “is that God hates Dungeons and Dragons. He hates it a lot. But there are lost souls out there who don’t understand that, and we need to speak their language if we’re going to save them from the game.” Twenny moved to Vermont three years ago and started a church plant called “Channel Divinity” which now boasts over 30 members. He and his wife, Rev. Dee Twenny, worked together to create materials such as the “Biblical Alignment Chart” to help introduce players to the foundations of Christianity. 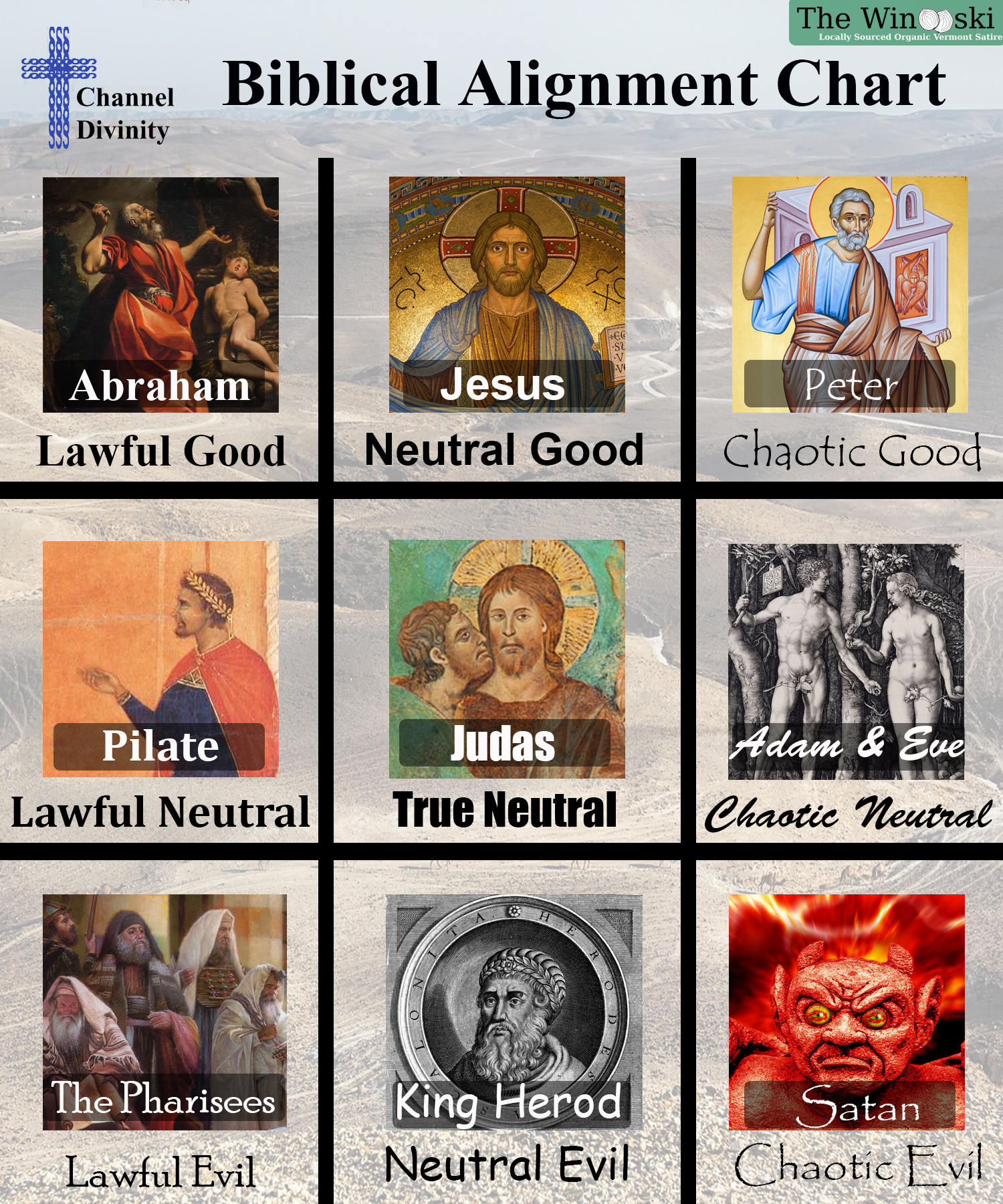 “We’re very excited to be working with the Twennys on this,” said Dexter Czech, pastor for youth and young adults at “Divine Word,” which meets for services each Sunday morning behind the Dunkin Donuts in Shelburne. “It takes a lot of initiative to do something like this, and I was thrilled to partner with ‘Channel Divinity’ in using the vernacular, if you will, to reach this under-served segment of the population and help them find the path.”

“As soon as we announced we were doing this, Dex Czech called me up and asked how he could help,” Nat Twenny said, “and I told him to go to the people, to spread the word, and we got to work creating character sheets for the apostles. We’re going to end the false life that these people have been living, and we’re doing it in a setting that they will find familiar. Anybody is welcome to join. You can play as dozens of holy men from the Bible.”

“And one woman!” Dee Twenny is quick to point out. “We did get Holy Mary, mother of God in there.”

“Oh yes, that’s true, you could play as Mary,” Nat confirmed. “The good one, anyway.”

For dates, times, and locations of these open-to-the-public D&D sessions, the information is available on the Facebook pages of the three churches who are hosting the events: Channel Divinity, Divine Word, and Shield of Faith.

Liked it? Take a second to support The Winooski on Patreon!

Other Places to Find Us